Mark DeRubeis runs one of the largest physician practices in Western Pennsylvania and is guiding Monroeville-based Premier Medical Associates and its 100 doctors as the health care industry undergoes dramatic changes.

Pending expiration of a full-access reimbursement contract between hospital giant UPMC and Highmark, the state’s largest health insurer, means more change. Highmark purchased Premier in 2012 as it was building a system of hospitals and doctors to compete with UPMC.

DeRubeis, 49, CEO since 2004, discussed the changes during a recent interview with the Tribune-Review.

Trib: What has the Affordable Care Act meant for Premier and what might happen in the future?

DeRubeis: I can’t really point to any specific, major impact that we’ve seen. … What I do think is that it’s a symbol of how much we, as a nation, are on an expedited schedule to overhaul our health care system and move to a more value-based payment system instead of a volume-based payment system.

Trib: The practice hasn’t seen more patients or fewer patients, or more insured patients, because of the law?

DeRubeis: We have had steady, incremental growth because of our model. Our value proposition, our retail experience, is such that any business would benefit from growth because we put out a good product. But to point to something and say we’ve seen a major change, a major spike in growth, or even a major change in our payer composition, no, we have not seen that.

Trib: The practice is doing well?

DeRubeis: It is doing very well. We look at slow, steady growth. This is a mature business. Patients don’t change their physicians lightly or easily. … But locally I think we’re going to test that in the next 30 to 60 days (because of) the issues with the Highmark contract (with UPMC). We’ll see if there’s a massive migration of Highmark subscribers that have UPMC primary care physicians who will be looking for a new provider.

Trib: Do you have a sense of how that’s going to play out?

DeRubeis: It’s hard to believe we’re not going to see that. We hear that some Highmark subscribers are getting letters from their PCPs telling them they’re going to need to find new PCPs. We do hear those anecdotes. We do have some people who have already joined the practice as a result of these changes, just anticipating.

Trib: Over the next few years, what do you think the law’s biggest impact will be?

DeRubeis: The biggest takeaway is a message that our system isn’t working and needs to change. Even if there are components that would get repealed in a more Republican-weighted government … the major components of it are here to stay, and it’s going to change how we deliver health care. And I think the major driver of that change is it’s going to change how we’re reimbursed for the services we provide.

Trib: Do you think medical providers are ready for that?

DeRubeis: Overall, I would say no. … Some of us have anticipated this and done the best job we can do to anticipate the kinds of changes that are required to succeed in this environment. But others have just tried really hard to avoid the changes that are coming.

Trib: Premier is owned by Highmark, so when the contract with UPMC ends at the end of this year, what does that mean for this practice?

DeRubeis: I wouldn’t say that it specifically means anything. We do participate in the UPMC Health Plan; we see UPMC Health Plan patients. … Obviously there will be some migration of patients. There will be some patients who have Highmark as their insurer and UPMC as their provider, and they may be looking for a new provider. We may see some in-migration from that. We don’t anticipate any out-migration.

Trib: Patients must take on more financial responsibility for their care. Is that a good thing?

DeRubeis: I believe there is no greater motivator than putting some financial responsibility on the patient. If they understand more and are responsible for more, then they’re motivated to seek out and find the lower-cost solution. The double-edge sword is, any time you put more financial responsibility on patients, you run the risk that they’re going to avoid care. … An ounce of prevention is still worth a pound of cure. You don’t want someone to avoid a screening colonoscopy or a mammogram because they can’t pay their share of a co-pay or deductible. 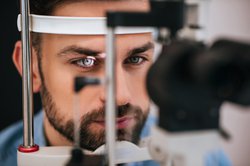 Low Vision Awareness Month: When To See An Ophthalmologist