The allure of a sun-soaked jaunt to Europe in June or a sandy Christmas in the Southern Hemisphere is practically universal, meaning that creating and adjusting schedules can get complicated for workplaces at certain points in the year.

Although technology has streamlined the scheduling process, allowing companies to use online spreadsheets rather than drawing up time sheets by hand, some problems cannot be solved by an Excel document. With limitations on hours per week and certain vacation times in high demand, companies are tasked with creating a system that is fair to both the employees and the customers.

Whether large or small, many companies have reached the same conclusion: coordinating employees’ schedules is easier to do when there are fewer schedules to balance.

Many of Pittsburgh’s Top Workplaces break themselves down into departments or independent teams, allowing leaders to take charge of a more manageable number of schedules.

With 75 full-time staffers distributed across eight departments, Jewish Family and Children’s Services, a nonprofit organization based in Squirrel Hill, encourages its semi-autonomous teams to work within themselves to determine timetables.

“People within the department are able to work out what works best for the department,” CEO Aryeh Sherman said. “If someone says, ‘I’m planning a trip to Europe,’ then the other staff are more accommodating to the person’s needs. Rather than having formal rules coming from the top down, it’s from the bottom up.

“That’s what fairness means to me. People have flexibility.”

Clear delineations between departments are especially helpful for larger companies such as Kenny Ross or Premier Medical Associates, a medical practice based in Monroeville, where teams are placed in different locations.

Both Premier Medical Associates and Kenny Ross ask department or site managers to coordinate schedules. With 378 and 750 employees, respectively, each organization can staff 10 different locations year-round — an attribute vital for companies in service industries.

Mr. Ruska explained that long-term employees understand the natural ebb and flow of the automotive sales cycle, and they can effectively use predictive data to plan ahead for busier periods.

“We’ve been around for 63 years, so through our experience we look at what the necessity is, what the workload coming in is,” Mr. Ruska said. “They have their standards: if we have this many customers, this is how many salespeople or technicians we need. It’s based on the workload.”

Similarly, Premier Medical Associates staffs by provider. Thanks to a series of standardized processes, CEO Mark DeRubeis said, any employee — whether he or she is a medical assistant, physician or practice assistant — can do his or her job in any location.

“I define predictability as saying that, if the doctor is there, we know what staff we need to support that physicians,” Mr. DeRubeis said. “It’s not an issue of seasonality or anything in those regards. If we’ve got the doctor scheduled, we know how many staff we need there, too.”

With a set number of support staff assigned to each doctor, migrating staff is a common occurrence if a doctor goes on vacation. That doctor’s support staff can be temporarily reassigned to another location to fill in for a staffer who is out.

A sense of collegiality pervades many of the Top Workplaces, as human resource directors or CEOs noted the fluidity of assignments.

“The main thing is, it has to be fair to both the employee and the business,” said Nicole Peery, director of human resources at the 108-employee Don’s Appliances, headquartered in Kennedy.

“We can’t schedule off all 17 service technicians at the same time because that’s not fair to customers.” 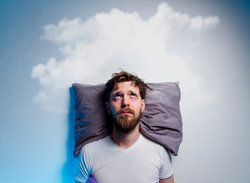