Measure Up / Pressure Down® Success Story

Dr. Francis Colangelo approached the Foundation table to learn more about the national Measure Up / Pressure Down® hypertension campaign.

Since joining the campaign on the spot at the IQL conference, Premier Medical Associates has made hypertension control a priority through implementation of campaign planks (evidence-based care processes). This commitment has paid off for the largest multi-specialty physician practice in the Greater Pittsburgh area — Premier improved its hypertension control rates by 10 percent in a year, including a six percent increase in just two quarters. To date, a quarter of Premier’s providers have achieved the Measure Up / Pressure Down® campaign goal of 80 percent of patients in control of hypertension.

Premier achieved this remarkable and rapid improvement by: 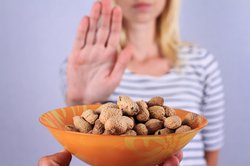