A Monroeville-based health care provider is preparing to expand in Penn Township, awaiting final regulatory approval before moving ahead with a plan.

A Monroeville-based health care provider is preparing to expand in Penn Township, awaiting final regulatory approval before moving ahead with a plan to erect two medical office buildings.

Planned for largely vacant land along Route 130, the Premier Medical Associates buildings would be two stories high, one containing 20,000 square feet and the other having 10,000 square feet.

“We’re looking for the opportunity to expand our services,” said Mark DeRubeis, chief executive of the practice, which plans to move its only office in Penn, a 10,000-square-foot location in the Harrison City section of the township, to the new buildings.

The land development plan received final approval from township commissioners late last month and is awaiting approval from the state Department of Transportation. Immediately after that is granted, preliminary construction work will begin, said Bill Richards, a principal at PJN Properties LP, the company that is developing the site.

Premier could occupy the buildings by the end of August, he said.

Stretching over about 8 acres, the two properties where the office buildings are planned include a couple of old vacant buildings, including a log cabin. At least one of the structures once housed the old Stoney Ledge Greenhouse.

“There’s nothing salvageable,” Mr. Richards said of the buildings, which are expected to be removed.

The site is a couple of miles northeast of the practice’s Harrison City office, also along Route 130, which encompasses family medicine and pediatric care. The lease for that office is set to expire at year’s end, and the practice intends to move it to the planned buildings, which it also plans to lease.

It is undetermined which services the practice will offer at its new location.

Premier Medical Associates is the largest multi-specialty physician practice in the Greater Pittsburgh area, according to its website. An affiliate of the Allegheny Health Network, which is owned by Highmark Health, it serves some 100,000 people throughout the city’s eastern suburbs, where it has 10 office locations.

Since joining the health system in late 2011, the for-profit practice has grown from less than 70 doctors to more than 100, offering additional services such as dermatology and rheumatology, Mr. DeRubeis said. At the same time, it has increased its revenue by several million dollars.

Premier constructed a 50,000-square-foot building this past summer on Rodi Road in Penn Hills, which also was built by PJN and offers internal medicine and neurological care, among other services. 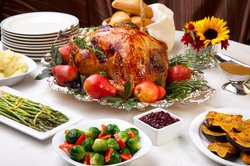